Tim Rudge, who works with UCCF, appears in this short video from Wycliffe Bible Translators in the UK. In it, he makes the point that, ‘Bible translation into indigenous languages is absolutely crucial for world evangelism’.

He also makes some good observations about how, without a Bible in your own language, being able to justify your faith beyond your own experience, being able to tell others about Jesus and authenticate your faith. Also, when the Bible is only available in a foreign language, it appears that faith only belongs to speakers of that language. I’ve got some first-hand accounts of all these things being true.

Wycliffe Bible Translators, the organisation that I work with, believes that the whole Bible should be available to all people, yet there are still 1.5 billion people for whom that is not a reality. If you’d like to find out more, please get in touch.

It all sounds pretty impressive until you reflect on the fact that there are almost 7,000 languages in use around the world today. The gap between 670 languages with complete Bibles and every language that needs a translation having one is still significant. In fact, our research suggests that there’s a need for translation projects to begin in 1,636 languages.

There’s a lot more data in the full statistics and more information about what these numbers really mean in the FAQs. However, numbers aren’t just numbers, they represent language communities and these communities are made up of people. Individuals like you and I, trying to work out how to make their way through life the best they can. It’s fine to talk about the 1,636 languages that need Bible translation to begin, but just remember that behind that number are individuals who could well be missing out on knowing the fullness of God’s love for them because of the barrier of language.

Organisations often get hung up on trying to craft mission statements that are brief and memorable, but nearly every organisation – especially in the world of Christian mission – has a foundation story that’s worth recounting from time-to-time.

That of the Wycliffe Global Alliance is tied to the story of Cameron Townsend, who went to Guatemala to sell Spanish Bibles and share the gospel.

Townsend soon became aware of a large gap in the missions efforts in the beautiful country of Guatemala: Sixty percent of Guatemalans were indigenous, yet mission efforts were focused solely on reaching the Spanish-speaking population, the Ladinos. Townsend became convinced that reaching the Cakchiquel people required speaking their language. He also soon realized that for them to truly understand the Scriptures, they would need to have God’s Word in Cakchiquel, so that they could read it for themselves.

[Read the full article on wycliffe.net or see below]

Townsend’s awakening to the needs of the Cakchiquel people occurred 100 years ago, this month. Since then, organisations associated with the Wycliffe Global Alliance have been involved in the translation of Bibles and New Testaments in more than 900 languages.

Still, today, Bible translation is needed. Of the nearly 7,000 languages in use around the world today, fewer than 700 have access to the complete Bible.

Very soon we will be publishing the latest update to the Bible translation statistics. The numbers of complete Bibles available will increase but there’s still more to do if everyone is going to have access to a Bible in the language that they understand the best.

What Cameron Townsend began 100 years ago is still going strong around the world. The way translation work is undertaken has changed a lot over the years, and we are still learning and improving, but the desire for all people to have the Bible in a language that speaks to their heart so that they can understand the good news of Jesus, remains a core motivation.

The full article I quoted above will eventually disappear from the Alliance website, so I’ve obtained permission to post a copy below:

One hun­dred years ago, in Oc­to­ber 1917, Cameron Townsend, a col­lege stu­dent from Cal­i­for­nia, stepped off a steamship onto the streets of San José, Guatemala. Townsend had ac­cepted a friend’s chal­lenge to take a year off from col­lege to do mis­sion­ary ser­vice. He vol­un­teered as a trav­el­ing sales­man, sell­ing Span­ish Bibles in the in­te­rior of Guatemala, and shar­ing the gospel with peo­ple he met along the way. Townsend had planned to re­turn to the US at the end of his com­mit­ment, to fin­ish his ed­u­ca­tion and be­come a pas­tor. How­ever, God was call­ing him to a work that would have a much greater King­dom im­pact. For it was in Guatemala that Townsend met Fran­cisco Díaz, a com­mit­ted Cakchiquel Chris­t­ian who be­came the cat­a­lyst to ig­nite an in­no­v­a­tive new move­ment in mis­sions that would even­tu­ally spread around the globe: the trans­la­tion of God’s Word into peo­ples’ heart languages. 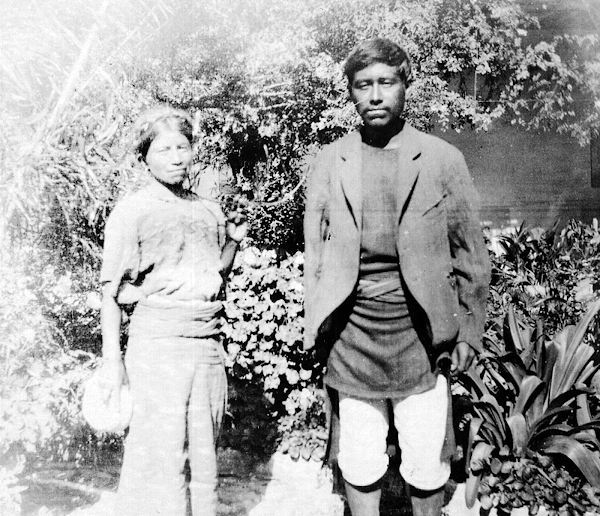 Fran­cisco Díaz, who served along­side Cameron Townsend sell­ing Span­ish Bibles, quickly be­came a close friend and men­tor to the pas­sion­ate young worker from the North. To­gether they spent hours walk­ing the trails from town to town, farm to farm, sell­ing Bibles and shar­ing God’s good news – and see­ing lives changed. Díaz trans­lated for Cakchiquel peo­ple they met along the way, and Townsend was im­pressed with his abil­ity to com­mu­ni­cate bib­li­cal truths to other Cakchiquels. Through his re­la­tion­ship with this quiet Chris­t­ian man, Townsend soon be­came aware of a large gap in the mis­sions ef­forts in the beau­ti­ful coun­try of Guatemala: Sixty per­cent of Guatemalans were in­dige­nous, yet mis­sion ef­forts were fo­cused solely on reach­ing the Span­ish-speak­ing pop­u­la­tion, the Ladi­nos. Townsend be­came con­vinced that reach­ing the Cakchiquel peo­ple re­quired speak­ing their lan­guage. He also soon re­al­ized that for them to truly un­der­stand the Scrip­tures, they would need to have God’s Word in Cakchiquel, so that they could read it for themselves. 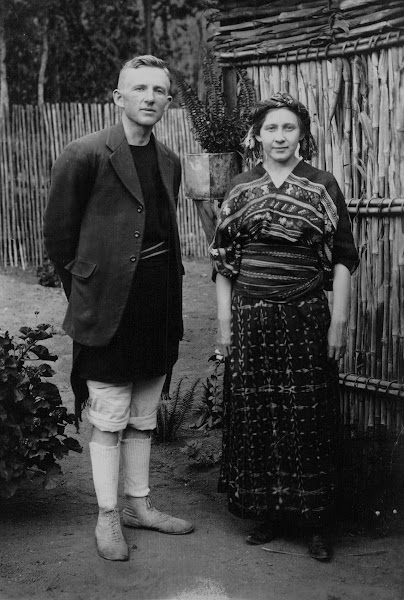 A part­ner­ship was born. Díaz, with Townsend’s help, set out to start a Cakchiquel-lan­guage school, and Townsend, by then newly mar­ried, be­gan with his wife to learn the Cakchiquel lan­guage in earnest. Soon they be­gan work to­gether with Díaz to trans­late the Bible into Cakchiquel. It was not easy, es­pe­cially when ob­sta­cles were thrown in their way. Townsend’s mis­sion or­ga­ni­za­tion was not ready to adopt this new way of work­ing. Then, trag­i­cally, Díaz con­tracted malaria and died, leav­ing Townsend with­out a trans­la­tion part­ner. But Fran­cisco Díaz’s his­toric legacy had been firmly es­tab­lished by God: the birth of a Bible trans­la­tion min­istry that would even­tu­ally reach around the world.

To­day – a hun­dred years af­ter Townsend set foot on Guatemalan soil and learned from Díaz that not all peo­ple had ac­cess to hear­ing about God in their own lan­guge – about 100 or­ga­ni­za­tions around the world that make up the Wycliffe Global Al­liance are in­volved in Scrip­ture trans­la­tion, or in sup­port of the Bible trans­la­tion move­ment. The seed of this vi­sion be­gan with the re­la­tion­ship be­tween these two men, who came from two dif­fer­ent cul­tures, and spoke two dif­fer­ent lan­guages, but whose hearts and foot­steps met in one mis­sion – that the mes­sage of the gospel, and the truths of God’s writ­ten rev­e­la­tion, be­come avail­able to peo­ple in the lan­guage that they un­der­stand best. 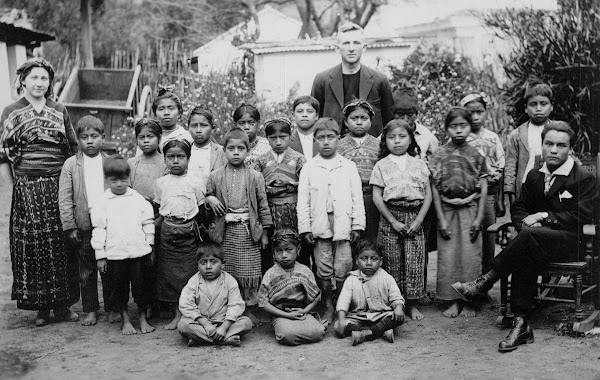 The Townsends with Cakquikel school children

Please cel­e­brate with us the 100th an­niver­sary of a young 21-year-old cross-cul­tural worker fol­low­ing the foot­steps of God as he en­tered Guatemala. And for the 35-year-old Cakchiquel man who walked the trails along­side him, and taught him so much, as they shared the gospel and Bibles in vil­lages through­out Guatemala and in neigh­bor­ing coun­tries. Praise God for all that he has done to build a net­work of peo­ple and or­ga­ni­za­tions around the world to ac­com­plish the trans­la­tion of his Word into thou­sands of lan­guages. Pray for the steps taken each day by peo­ple in about 100 Bible trans­la­tion or­ga­ni­za­tions world­wide that make up the Wycliffe Global Al­liance. They are com­mit­ted to com­ing along­side lan­guage com­mu­ni­ties that are trans­lat­ing God’s Word into the lan­guages that speak to their hearts.

There is much work left to be done. What steps will you take to be part of God’s mis­sion to reach all peo­ples who need to learn of God’s love through his Word?

About us in brief

We work for Wycliffe Bible Translators. I, Phil, am the Director for Communications for the Wycliffe Global Alliance. Tany is mostly a full-time mum and a local physiotherapist, running her own small business, Liberty Home Physio, to help supplement our income.

I don't receive a salary for my work with Wycliffe. Instead, we are supported by friends, family and churches from all over the world, who love us and want to support the work of Wycliffe and Bible translation through us.